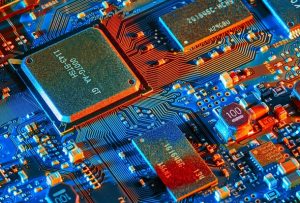 The Chinese government has organized a very complex plan to infiltrate the U.S. government and company data through a tiny microchip installed on thousands of high-security server motherboards.  Months of investigation have uncovered what most cyber threat analysts believed was near impossible.  The Chinese government planned and implemented the installation of chips on key servers that enabled them to hack valuable information.  The planning was long and calculated, which displays that they are quite capable of performing complicated operations to steal from and harm our country.

The short story is that the Chinese created a very tiny chip, secretly installed it on San Jose based, Chinese manufactured SuperMicro server motherboards which were then shipped to U.S. government and industry users.  The article states that these “servers could be found in Department of Defense data centers, the CIA’s drone operations, and the onboard networks of Navy warships.” With almost all information digitally stored, this new found attack shows that anything is accessible if someone really wants to get access to it. This link will take you to the full Bloomberg news story unveiled a few weeks ago.