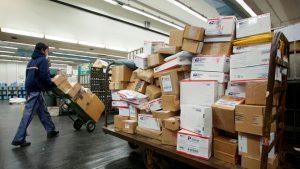 The US postal service does not require any content documentation from international shippers making it very difficult for Customs and Border Patrol (CBP) to flag and inspect counterfeit or dangerous products entering our borders.  All other shippers, such as UPS and FedEx, are required to provide content lists.  At a growth rate of 232% in the last 4 years, the number of small parcels imported through USPS is alarming and a threat to all industries and public safety.  Just to name some of the illicit material getting through; there are fake medicines, aerospace electronics, auto safety products such as brake pads, and fake batteries which are famous for exploding and causing injury.