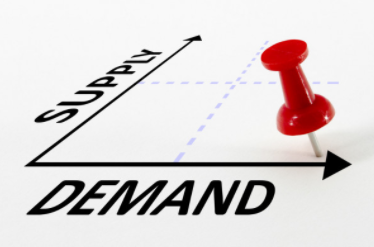 The long awaited $280 billion CHIPS and Science Act has been signed into law with $52 billion earmarked to boost domestic chip manufacturing. The bill was favored by both sides of the political isle and will certainly help already highly profitable chip companies steer operations to American shores. All parties’ intentions are good, but how will this large influx of funding affect the overall semiconductor industry?

Not only has the U.S. government dedicated substantial subsidies for chip manufacturing, but Europe feels that it needs to keep up and is planning their own European Chips Act. They have suggested an amount of 43 billion Euros over the next ten years. The very giant that these two acts are supposed to challenge, China, has already been subsidizing billions towards chip manufacturing for years and they are sure to continue.

How will all of this free government money affect the industry? If every region wants to bolster its share in the chip development and production industry, will they not all just grow at a similar pace and end up with the same world market share they already have? Will the lack of a free market, driven by supply and demand, create an unforeseen glut in semiconductors? Only time will tell. Building this infrastructure takes years to become reality so we will witness lagging results to these tremendous investments.

We have begun to experience a loosening of the shortage. Many product types and manufacturers are seeing lead times decrease. There are outliers that may take years to return to normal supply, but overall we see the possibility of stabilization in 2023. The industry was already growing at a steady pace, but COVID created the perfect storm. Could it be that without all of the COVID induced production stops the semiconductor industry would be in balance today? Our government leaders have decided that is not the case by committing billions of taxpayer money to the most profitable business sector on the planet.

By the time the CHIPS act became law the US semiconductor industry, on its own, had already announced proposed investments of over $80 billion through 2025. The White House released this fact sheet sharing the existing plans to build capacity by many manufacturers.  This included plans for a $17 billion Samsung factory and a $30 billion TI plant in Texas, in addition to an Intel factory estimated at $20 billion in Ohio. Not to mention, the overall world’s private sector is projected to invest as much as $800 billion by 2030.  With these investments and the subsidies, if the demand for electronics does not grow at an extreme rate, in the long term we will see a huge glut in production.

Electronics everything is growing at an amazing pace. There is reason to bet on the demand of electronic components. The question is, do our governments need to mingle in it? Or is it just more taxpayer money being thrown at the wall hoping it will stick? As with any handout, these government subsidies may result in negative consequences to the recovery from the shortage. Component manufacturers that had planned to build fabs immediately may pause to apply for and receive government funding before laying foundations for new facilities. The funds could take months or years to be distributed, slowing down our much needed recovery. Another issue is that this handout may signal leaders in other industries to demand government subsidies as well, adding even more debt to taxpayers.

I believe that the CHIPS Act of 2022 is an overreaching attempt to solve a likely temporary shortage of electronic components, throwing taxpayer money at an already flourishing industry. The free money will incentivize companies to overproduce semiconductors and create even more tumultuous cycles of supply and demand.

We are far from a glut now. Shortages will plague the industry for at least the next year.  Secure all of the key components for your products by reaching out to your search expert at www.AERI.com. Our team helps manufacturers that are frustrated because they can’t find the components they desperately need and are nervous that they may receive poor quality or fake components when buying from the open market.