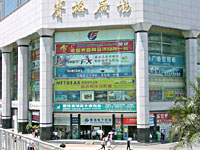 Counterfeit electronic components are not a new phenomenon, but China’s new export laws have resulted in an explosion of counterfeit parts hitting the market. The main reason for the recent change is that Chinese export laws now allow almost anyone to export. In the past there were stringent regulations in place, but beginning in 2003 as part of their inclusion in the WTO (World Trade Organization) China made some drastic changes to their export laws. Since then entire high rises have been converted to electronic component distributor markets. You can find almost any component in one building. There are hundreds of small electronic component shops under one roof, all stuffed to the brim with boxes of reels, trays and tubes of semiconductors. 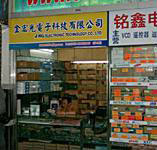 When you combine the decreased regulations for trading and the ease of marketing electronic components through the Internet it compounds the problem. There are a number of trading sites for electronic components but only a few that are using precautionary measures when accepting new members. The majority will list the inventories of anyone who will pay the monthly fee.

The equipment manufacturers are not helping the situation. The constant drive for lower production costs encourages buyers to go to new sources with lower prices. The distributors with high quality standards cannot match those who are taking high risks by buying in China. The low prices more often then not equate to substandard parts.

How are they able to make counterfeit electronic components? The parts are so complicated and small that it seems impossible to counterfeit them.

There are a number of ways the counterfeiters make fake components. The most popular seems to be sorting through scrap material to find similar components and then refinishing them. The world’s electronic scrap is collected and sent to a few Asian countries and China is one of them. There are warehouses full of workers who remove parts from circuit boards and sort them first by package type. Often they continue sorting them next by manufacturer and sometimes all the way down to the part number. Keep in mind that these workers are not using proper ESD precautions, nor were the parts protected from the elements on their journey to China. So even if they are the same part number the chances of them working properly are slim.

Another method of counterfeiting is by starting with a similar part and marking it to the customers order. Often times there are other manufacturers of components that make similar parts.

For example an order for a Motorola part comes in but the counterfeiter only has Philips parts so he’ll resurface and remark the Philips component with the Motorola part number and logo and sell it as a new Motorola part. The parts may work for some applications, but often there are slight differences between manufacturers of similar parts which can cause problems that may result in fatal consequences. More commonly the parts have been damaged electrically during the counterfeiting process and won’t work from day one forcing the manufacturer to manually find and replace the part drastically increasing production costs.

Manufacturers of components also have material that does not meet their quality standards. These parts are designated to be destroyed, but often they are stolen by employees and sent into the counterfeit market. The parts are then finished and boxed as new and sold without mention of their defect. The component manufacturers are aware of this problem and have been much more cautious with the disposal of their defective material of late but it remains an issue.

Yet another way to counterfeit electronic components is to make the parts from start to finish. The US and other technologically advanced countries have subcontracted almost all of their electronic component manufacturing to developing countries which allows them access to our technology. NEC was victim to an entire organization which was created to manufacture and sell fake NEC products.

The sales team had NEC business cards and their own offices. On a smaller scale, mom and pop manufacturers are setting up shop and making exact replicas of the real parts and putting brand names on the parts.

Of course the quality is not usually the same, but they might work for a while. These parts are brand new and are very difficult to detect without cross referencing lot codes. This is a very similar scam as the Rolex replicas for $60. It looks great when you first get it, but soon the gold peels off and the watch stops telling time correctly. While a fake watch may prove to be an annoyance a fake electronic component used in an airplane or automobile can prove to be deadly ruse.

Ready to get Started? Create your RFQ or Contact one of our Search Experts Today. Contact Us