Will 5G Cause Another Shortage and When?

Home » Blog » Will 5G Cause Another Shortage and When? 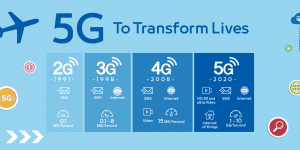 Unfortunately, another electronic component shortage is looming due to the amazing technology and speed of the 5G network.  One of the biggest questions is; when will it take effect?  5G is set to create another revolution in electronics, but how quickly will it take hold?  The big wireless networks have all begun their initial rollouts to a small group of most metropolitan cities. The plan for the largest players, such as AT&T, Verizon, and T-Mobile, is to cover the US by the end of 2020.  This will be a boon to mobile phone sales initially, but on their heels will be a number of new applications, some that we cannot even imagine at this point.  We will see enhancements to autonomous vehicles, a host of new IoT products, hologram applications to take connecting people across long distances to a whole new level, and virtual reality becoming mainstream.

All signs point to another period of increasing lead times for electronic components.  One of the best protection against your production line coming to a halt, due to one hard to find or counterfeit electronic component, is to have a great independent distributor partner in your back pocket.  AERI’s global reach and quality certifications, such as the AS6081 (Counterfeit Detection Standard) qualify us to support the most discerning manufacturers.  Contact one of our Search Experts by email; USA [email protected], Asia [email protected], or Europe [email protected] to schedule a meeting to discuss your needs and requirements.