Bringing Back Chip Making to the USA 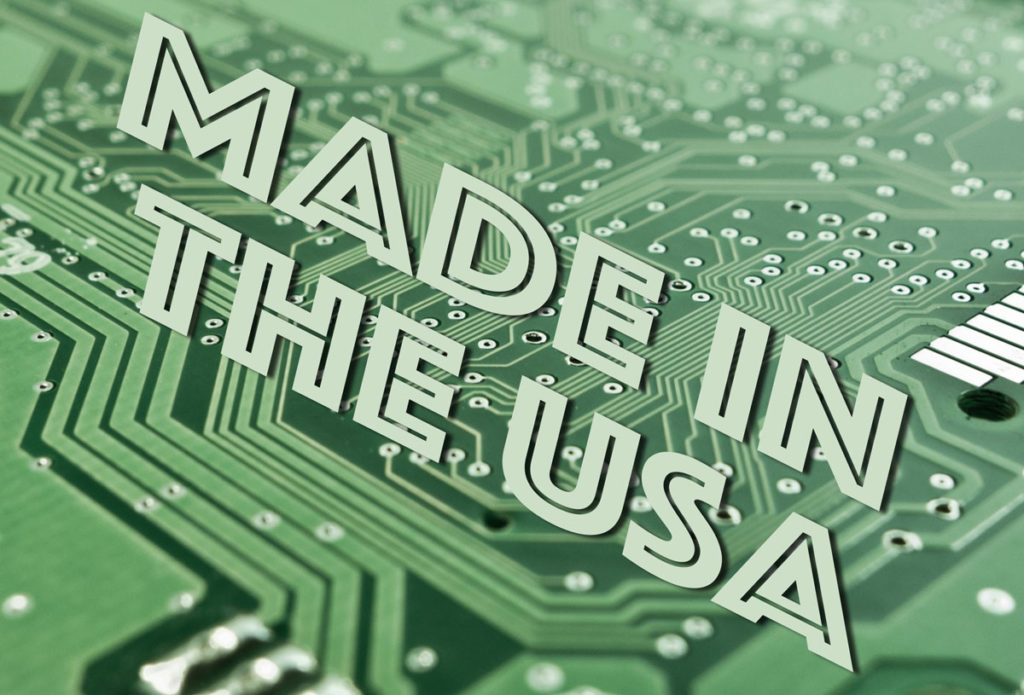 The present US-China trade spat has acquired an unusual centerpiece—the semiconductor.  Although most people are ignorant to their significance, our daily lives are greatly influenced by them, most industries would come to a screeching halt without them, and every electronic device has some incorporated within them.

Almost all sectors of the US economy depend on semiconductors, the key foundational technology for anything digital—telecommunications, the Internet, transportation, healthcare, 5G, artificial intelligence, quantum computing, and more.  America’s national security exclusively depends on its continued leadership in semiconductors, as chips pave the way for the US to defend its critical infrastructure and to field its advanced weapons systems.

Crux of the Problem

While US is the undisputed global leader in the development of semiconductors, designing many of the leading chips for cutting-edge applications, its leadership in this critical technology is vulnerable to numerous challenges.  Topmost on the list of challenges is the widening supply-chain gap.  The realization is beginning to sink in that semiconductor supplies are far too reliant on foreign suppliers, mainly the Chinese.  For advanced chip manufacturing, US chip designers today must rely heavily on suppliers in Asia.

At present, of the global semiconductor manufacturing capacity, the US accounts for only 12%, Asia 79%, distributed among China, Taiwan, and South Korea, while Japan, Europe, and SE Asia account for the balance.  However, the Chinese government is aggressively funding the construction of several new semiconductor fabs or foundries with an eye to cornering a major share of chip production by 2030, targeting up to three times the global share of US chip manufacturing.  Over the long term, this is likely to disrupt the industry.

Increasing geopolitical tensions between US and China, and enhanced Chinese state-backed competition can lead to the US losing market share in China.  This may allow China’s share in chip manufacturing to increase even further.  Although there is growing awareness in the US about the situation, addressing the issue requires significant public and private investments, given the complexity and costs involved in increasing chip manufacturing onshore the US.

Fab construction is capital intensive, and in countries around the world, government incentives drive it largely.  Comparatively, the US does not offer much government support, providing few incentive programs for manufacturing semiconductors.  For instance, around the world, other governments offer generous cash grants, tax incentives, and other subsidies to the extent of 40% of the cost of constructing and operating a fab.  The US semiconductor manufacturing lags in growth mainly due to unfair competition from the competitor’s government incentives.

Congress and the Administration are considering policies for advancing semiconductor design and manufacturing development in the US; fab construction and research in the US.    To compete on price will require significant incentives to ensure the US drives the next generation of semiconductor innovation.

The House and Senate have both passed new amendments to the National Defense Authorization Act in the US.  This is the annual bill authorizing military spending.  Although these addendums do not provide the funding, they offer a framework for creating multiple grants of up to US$3 billion to chip manufacturing companies based in the US.  Names include Micron, Global Foundries, Intel, and branches of other large chip-makers such as Samsung (South Korea based), for building and expanding chip manufacturing facilities in the US.

The addendums will also provide private companies or US universities grants for research in semiconductors, either through DARPA, the Defense Advanced Research Projects Agency, or directly.  In addition, a National Technology Center may also be set up, serving as the organizational control point, and clearing house for chip manufacturing in the US, in addition to functioning as a new research and development facility.

The above incentives for setting up facilities for domestic chip-making in the US could have multiple benefits.  Apart from protecting national security and enhancing broader economic advantages, funding new research, and building new manufacturing sites, it would also create new highly skilled jobs.  While significantly expanding the number of highly skilled and well-paid workforce, these investments will significantly enhance the present jobs in America.  As the semiconductor industry will surely drive innovation in the economy, the US semiconductor industry is likely to contribute millions of jobs in future industries.

On the practical side, the initiative will also decrease the US dependence on foreign chip manufacturers.  The proposed efforts are of immense advantage to all types and sizes of US-based semiconductor companies.  Apart from the large businesses mentioned above, other lesser-known companies will also benefit, such as Texas Instruments, Xilinx, or Marvel, and even smaller companies like National Instruments, Silicon Labs, and Lattice Semiconductors.

The US is the world leader in semiconductor technologies for making chips that drive several industries.  Almost every industry in existence uses these chips, be it for wireless networking, making medical equipment, automotive, manufacturing equipment, or others.  The path America is taking to maintain that lead and improve its share of global manufacturing is in the right direction.  The industry needs the push towards increasing the amount of research and manufacturing support, while we proceed to a future driven by technology.

Whether the US-China trade war subsides or flares up further, the US is making an all-out effort to substantially improve onshore semiconductor manufacturing growth.  This will likely influence the daily trading pattern for electronic components.  Although it may be difficult to predict which semiconductor devices the trade spat will likely affect most, AERI can step in to help preemptively secure a safe and steady supply of components should there be any shortages.