Which Way is the Digital Iron Curtain Blowing? 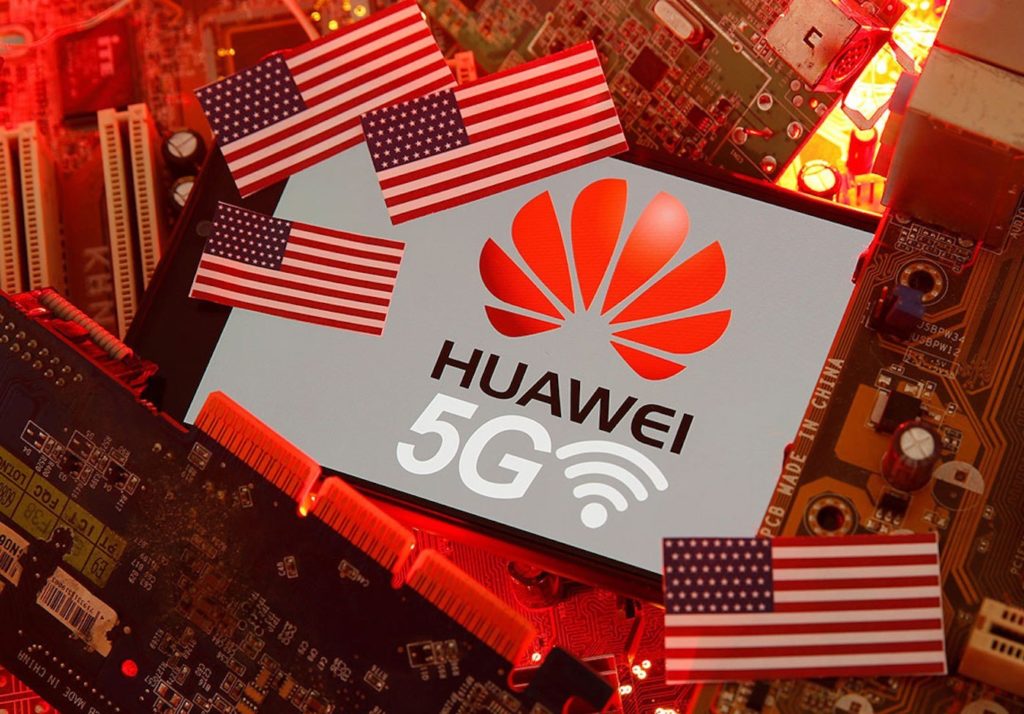 Two events are shaping the way the world looks at the high-tech industry today.  The first is the trade war between the two tech giants—the US and China—and the second, the current Covid pandemic, which has accelerated the first event.  In fact, the pandemic has served as a catalyst to make the world sit up and realize it has put all its eggs in one basket in allowing China take over the crown of “the world’s factory”.

With the pandemic effectively disrupting global supply chains, many high-tech companies want a migration of production units from China to new factories in India, Vietnam, and Taiwan—they are targeting several manufacturing ecosystems in such countries.  Moving out of China will help address concerns of security and intellectual property, and avoid US tariffs thrown up the by the trade war.

In addition to and possibly related to the trade war, the US Department of Commerce has been adding more companies and agencies to a running blacklist of Chinese firms that they have banned from doing business in the USA.  The special focus has been on companies specializing in machine learning, artificial intelligence, telecommunications, and digital surveillance.

It is as if the US is throwing a digital iron curtain over the high-tech industry, with China on one side of the curtain and the rest of the world on the other.  The major impact has been on the telecommunications side, with 5G or the fifth-generation mobile network poised to enter the western markets in a big way.  There is a huge global competition for securing intellectual patents and market consolidation, as 5G could be the defining breakthrough for technology for at least the coming decade.

The Rise and Rise of Huawei

The trouble is, Huawei of China, is the leading provider of 5G mobile technology in the world, and the global influence of the telecommunication giant has stoked heartburn and fears in several countries, including the US.

This has led Washington to impose sweeping restrictions on Huawei, claiming certain Chinese intelligence laws can allow the Chinese government to force Huawei to spy, sabotage, or take similar actions on its behalf.  Although there is no concrete evidence to support this has really happened, the latest allegations of TikTok collecting user data for passing on to mainland China gives credence to this view.  President Trump has imposed a ban on the use of TikTok and WeChat, both popular Chinese apps for mobiles, in the US.

Washington is not alone in airing such suspicions.  Other countries such as Australia have also expressed concern about the Chinese government using Huawei to spy through backdoors installed in 5G infrastructure, allowing Beijing control over public utilities and communications networks in other countries.

As far back as 2012, a report from the US House Permanent Select Committee on Intelligence had concluded it was risky to use equipment from Huawei and ZTE, another Chinese telecommunications company, as they could “undermine core US national security interests.”  In 2018, six US intelligence chiefs, including those of the CIA and FBI, seconded this view.

The US suspicion may have stemmed from the special treatment Huawei was receiving from the Chinese government and military since 1996.  Beijing was explicitly supporting domestic telecom companies, with special emphasis on Huawei, to the point of preventing foreign domination of the industry.  For instance, Huawei received easy financing and subsidies to the tune of $222 million in grants from the Chinese government in 2018 alone.

Such support from the Chinese government has allowed Huawei and other companies price their equipment far below the rates of other foreign competitors.  For instance, Huawei was able to outbid the Swedish firm Ericsson by 60 percent for network equipment in the Netherlands for the national 5G network.  Experts are of the viewpoint that prices quoted by Huawei were so low, they may not even have covered the cost of production without subsidies.

According to industry experts, however, there is merit in Huawei’s claim that its low prices are due to technological expertise and not government interference.  The annual R&D budget of Huawei is one of the largest in the world.  In 2018, it stood at US$15 billion, close to that of Amazon and Alphabet (Google).

Restricting Huawei and Others

The United States has blocked Huawei in many ways. Since 2018, the Trump administration does not allow US federal agencies to use equipment from the Chinese telecom giant.  Regulators forced AT&T to step away from a deal with Huawei to sell their smartphones.

The following year, Trump signed an executive order that banned US companies from doing business with Huawei.  As the Commerce Department has added Huawei to its entity list, the company cannot buy US goods—microchips, lasers, software, and more—unless the government gives it permission.  Since then, the entity list has grown, including more than a hundred affiliates of Huawei.  Extending Trump’s executive order until 2021, the department has also blocked foreign semiconductor manufacturers using US machines and software from shipping their products to Huawei without a license.

Apart from corporate leviathans like Huawei and ZTE, the Commerce Department has been adding other smaller but still significant players in China’s technology growth and international expansion to their entity list.  This includes Hikvision, a global leader in the security industry, and Dahua Technology, a large video surveillance and security camera company.

A bitter trade war has locked in the two largest economies of the world, US and China. The dispute has led to the US and China levying tariffs on one another’s goods worth hundreds of billions of dollars.  On one hand, the US President accuses China of theft of intellectual property and unfair trading practices.  On the other, China perceives the US as curbing its rise as a global economic power.

Fallout of the Trade War

Although the US and other western nations cite the close ties of Huawei to the Chinese government as their reasons for imposing sanctions, many remain skeptical.  To them, the two economies are deeply intertwined, at least technologically, and banning Huawei seems like a loaded excuse, especially when US military contractor Lockheed Martin relies on Chinese subcontractors to supply them with essential circuit boards, which they incorporate in their F-35 fighter jets.  Lockheed Martin then sells these jets around the world to several nations.  In turn, Huawei relies on US companies for chips, lasers, and software.

With the above in mind, banning Huawei from the high-consumer markets looks more like an effort by western nations to insulate high-tech markets such as 5G for local corporations.  Apart from seeking to undermine Huawei on the global market by banning their products, western nations have been actively funding technology competitors in Europe such as Nokia and Ericsson.

With 5G estimated to produce nearly 22 million jobs by 2035, and US$3.2 trillion in global economic output, it is no surprise western nations worry about Huawei leaving them behind, and are scrambling for technology patents and markets.  For instance, although Canada has not banned buying 5G technology from Huawei, it is funding the competition to stunt Huawei’s international presence.

Since the ban, Ericsson and Nokia have been filling the 5G vacuum—Ericsson holds 93 commercial contracts of 5G, and Nokia has 63—leaving only 50 for Huawei.  However, this may not last long, as Huawei is actively seeking industrial self-sufficiency from the sanctions placed on it.

Where are we Heading?

On one side, China is creating a political uncertainty by holding military maneuvers in the South China sea, and aggressively entering territories of India, Nepal, and Bhutan.  On the other, its trade wars with the US are escalating and tensions with the western nations on technological hegemony increasing.

All this is causing a digital iron curtain, splitting the supply chains of the world between the Chinese and the non-Chinese.  It is still not clear which way the digital iron curtain is blowing, with the technology industry becoming a key arena for playing out geopolitical tensions.

This will surely affect the day to day trading of electronic components.  It is hard to predict which products will be most affected, so one can preemptively secure a safe and steady supply of components.  AERI is ready to step in and assist your company should there be a shortage on any of your components.

When Will the Electronics Industry Rebound? 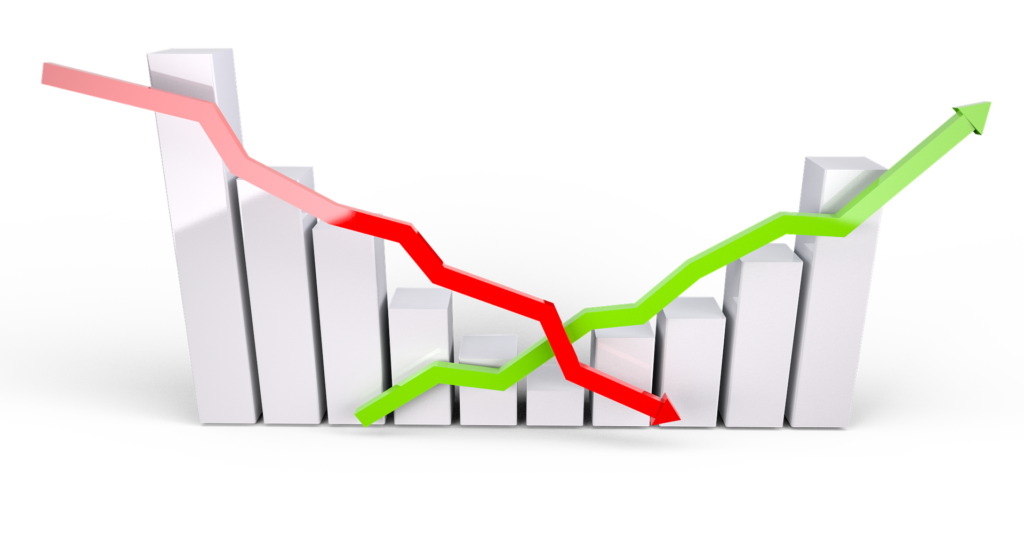 Article reposted from All About Circuits

Just like other business activities, the electronics industry was adversely affected by COVID-19-related shutdowns with many companies facing reductions in purchase orders and, consequently, profits.

Some segments of the electronics and semiconductor industry have suffered more from the ongoing crisis, including those producing components for consumer electronics and automotive technology.  Companies specializing in parts for communication tools and healthcare equipment were typically less affected because their work was deemed essential and thus they were allowed to continue their operations. 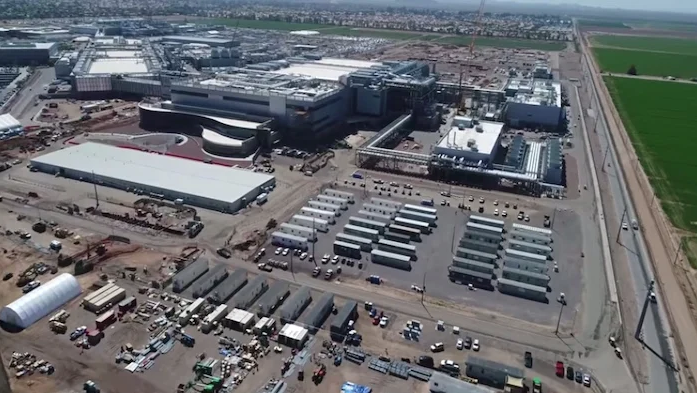 As restrictions are lifted and more businesses open up, some analysts have predicted that most of the semiconductor industry will rebound later this year or in early 2021.

In this article, we summarize some of the recent predictions about when and how the semiconductors and electronics industry is likely to recover from the losses suffered as a result of the COVID-19 pandemic.

The Impacts of Supply Chain Shortages

At the start of the COVID-19 outbreak, semiconductor supply chains were disrupted because many electronics manufacturers and suppliers are located in Asia.

Why the Electronic Manufacturing Supply Chain is So Complex 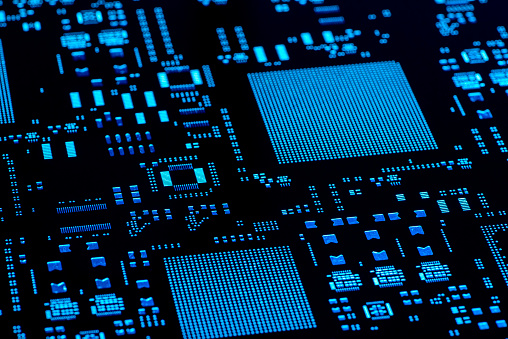 The complexity of global supply chains depends largely on what and how much you’re sourcing.  With some materials — like paper — you’ll find a suitable supplier almost anywhere in the world.

However, in the electronics industry, things are not so straightforward.  Multiple commodities from multiple suppliers across various geographic locations mean global electronics supply chains are much trickier to manage.

One of the main challenges of electronics is the sheer volume of parts that go into one product.  Some of these parts also need to have approvals, and suppliers will require certain certifications.  Bespoke parts are often manufactured to specific designs, too — meaning rigorous testing and sampling are necessary to ensure they meet meticulous quality standards.

Why is a stable supply chain so important?

A good supply chain is all about remaining competitive.  If a customer comes to you wanting a specific part for a project, you need to know that you can deliver through a trusted chain of suppliers.  As such, having a range of approved global suppliers is key to ensuring you never have to reject new enquiries.

A strong network of suppliers also allows you to free up capacity and manufacture a range of products more cost-effectively (and at short notice) — which, ultimately, translates to a better price for the customer.  This is why so many companies in the electronics sector will have at least some offshore suppliers.

However, supplier selection is crucial. It’s not enough to have a good website or a good booth at an exhibition — you need to see the factory and the quality of the parts they produce first-hand.  When customers place orders, you need to know exactly where their products are coming from.

It’s also important not to cast the net too wide.  Once suppliers are spread out too far, the chain becomes more difficult to manage, and you lose control of where the materials come from.  Instead, it’s crucial to build long-term partnerships with suppliers that share and uphold your ethos, integrating them into your business to ensure a fluid process.

What is the impact of external factors?